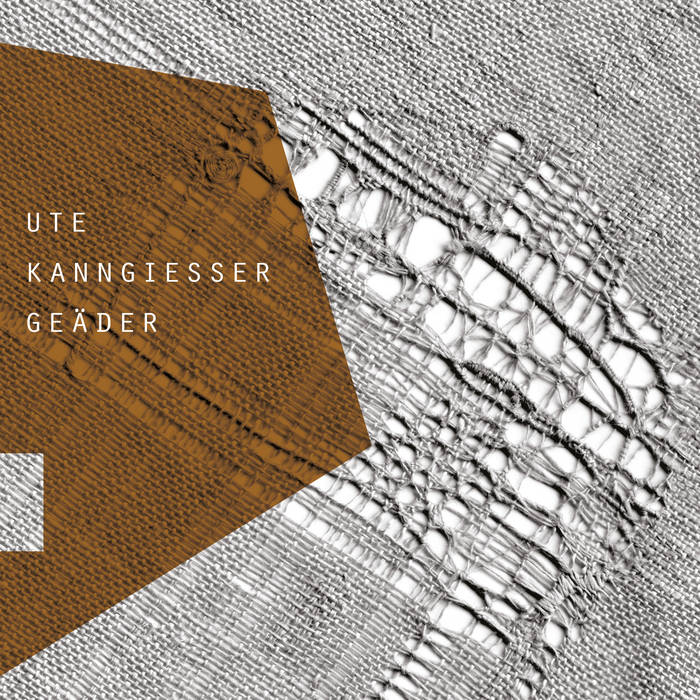 Cassette and download released with a special concert on the 27th September.

Thanks to Cafe Oto and Hackney Historic Buildings Trust.

"German cellist Ute Kanngiesser is one of the workshop’s most distinguished graduates and her new solo release Geäder – available from Earshots Recordings – uses environmental sounds captured in Hackney as a spur for improvisation; nasal bowing sounds, percussive fanfares, unspooling loops of harmonics that crack upon impact – whole sides to the cello normally shut down by conventional technique."
( Philip Clark / The Guardian )

WE NEED NO SWORDS:
weneednoswords.wordpress.com/2016/01/29/ute-kanngiesser-geader/

If the tough, woody throbs and crashes of Earshots’ previous release – a double header featuring bassists John Edwards and Tom Wheatley – was a pugilistic slugfest, this solo cello outing from Ute Kanngiesser is an assassin’s killer strike, less an uppercut to a glass jaw than a titanium stiletto into the brain. Geäder’s two lengthy improvisations were recorded last year, directly to tape, at the Cage Oto project space in Dalston and the clock room at St Augustine’s Tower, Hackney, and offer up plenty of intensity and aggression as they move from high-velocity arco to intense plucking and back again. Side A’s early bowed sections in particular are almost feverish, with variations in tempo that bring to mind a kind of caffeinated Zen sawing, the single-string focus bringing out squeaking overtones and silvery phasing, before transforming into a slower, muscly buffing. The delicate pizzicato later on has an almost metallic quality, platinum raindrops singing as they hit the earth in a dappled spray.

All of this is matched with a precision that keeps every note and sound in its place, coupled with an awareness of pacing that enables Kanngiesser to pull back from the almost feverish onward rush with calm, almost reflective passages of single-note plucks, as at the start of side B. Those lead onto slower, bronzed drones, which slowly gather momentum as the performance takes flight, culminating in a momentous blast of shredding as Kanngiesser sets to her cello with an almost daemonic fury. As you’d expect from someone who has worked with Eddie Prévost, John Tilbury and Christian Wolff, Kanngiesser is always able to make use of silence creatively, with the spaces around the notes deployed as kind of air brakes to slow the onward momentum. But the immersion is never less than total. As listeners we are plunged into these sound-lakes, those subtle variations of repeated bowing and plucking within each section, but we also witness a kind of singularity occurring, a process whereby the player becomes one with their instrument in an almost hallucinatory blur of repetition and evolution. It’s that old trick of letting the muscles and instinct take over, surrendering conscious thought to the primal senses guiding the hands and fingers. Automatic writing almost, or a fugue state. Arriving at an end point is an exhaustion, almost like waking from a dream. You look back at what has been created with bafflement. Footprints on a beach you can’t remember. You marvel: what have I done?